We've been fighting the creepy crud around here, in the cold rain no less. Who was it that said that southern California was a Mediterranean climate? Bah humbug.

Today we're headed back to Arizona. It's been nearly a year, and I'm a bit worried about how much I'll miss the high desert when I see it. We can't stay at the ranch because we have a caretaker living there now, but we need to be in town in any case, as my sister's arriving from Montana to open a show at a local Prescott gallery--the ostensible reason for our trip. For her show, she collected wishbones and wrapped them with her hair. They're then mounted on her "text dust"--dictionary cuttings. And then she does prints of the mixed media. 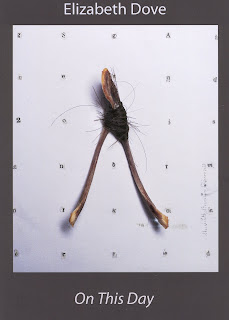 As for entertainment, the hotel has an indoor pool, which should satisfy the little one. And we should get snow there, which means she gets to make her snowman this year.