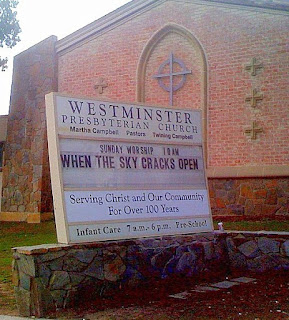 Each year, I write a Christmas poem for the annual card. I do this in the spirit of Robert Frost and Joseph Brodsky, neither of whom were known for being a Christian poet--or particularly religious at all, for that matter. I started doing it as a way to share a poem with a different audience, and as a challenge. It's hard to write a poem drawn from a biblical verse and the quintessential Christian story that is faithful to the text and contexts without being heavy-handed, literalizing, or dogmatic. I take neither my poetry nor my faith with dogma.

Last year, I wrote about the shepherds, and this year our pastors at the church used a line from my poem as the title of their sermon this past week:

In the Same Country

And there were in the same country shepherds abiding in the field,
keeping watch over their flock by night. (Luke 2:8)


Night feels like the bottom of the well. He clenches closer.
Stars dance between the bodies of sheep, grasses rustle.

Against his back, the usual tree wanders with his breathing.
When the light comes, it is neither lantern nor stick nor sun.

The sky cracks open. His field is ablaze without flame.
He presses his face to the dirt, pants, cries out for the others.

Feathers graze his skin like a story. It is both old and new,
the telling of a memory, the song of a multitude in a single

moment. He hears it spoken on the wind, in the lit dark,
and, forever after, he will be shepherd to those words.

Driving down Lake Avenue, I looked over and almost had an accident when I saw the sign for the first time.

This year, I moved forward in Luke to the story of Simeon, which is rather a hard spot to find poetry in. He's a withered man, who wants to warn Mary about the crucifixion even as she is a new mother. But I took a stab (sorry for the pun) at it anyway:

Simeon at the Temple

And Simeon blessed them, and said unto Mary his mother,
Behold, this child is set for the fall and rising again of many
in Israel; and for a sign which shall be spoken against;
(Yea, a sword shall pierce through thy own soul also,)
that the thoughts of many hearts may be revealed.
(Luke 2: 34-35)


So that the heart may be struck
open. So that the piercings may undo
a body, running away in long tears
to ground itself back in the baby
on the straw, who soothes himself
to sleep under a star cast
into the universe not just for him.
So a sign may manifest. So it may.

Simeon spoke the words in his old
mouth. He saw his old skin, rippled
as a surface of water, lift the child
under the hewn sky. He felt all
his years returned to him
in the stares of the parents,
who marvelled to hear these
new words, from such a new man.

Merry Christmas to you and yours. Have a wonderful eve, and morning tomorrow! Now, back to some Eartha Kitt.
Posted by Linda Dove at 1:43 PM